Create documents in docx, xlsx (MS Office Word and Excel), odt, ods (LibreOffice and OpenOffice) and pdf format without MS Office or others plugins installed from any module and subpanel using templates.

We found that when a relationship within the same module is set up, normally doing it from studio, the user can only access to the details of one of the ends of the relationship, more specially the "many" end relationship.

For example, we have a one-to-many relationship between Contacts-Contacts:

[In this example we have two relationships, but it would be the same with 1]

If we go to the Mail Merge Reports option for selecting variables, we can see that this relationship appears in the subpanels section, as the "many" end of the relationship: 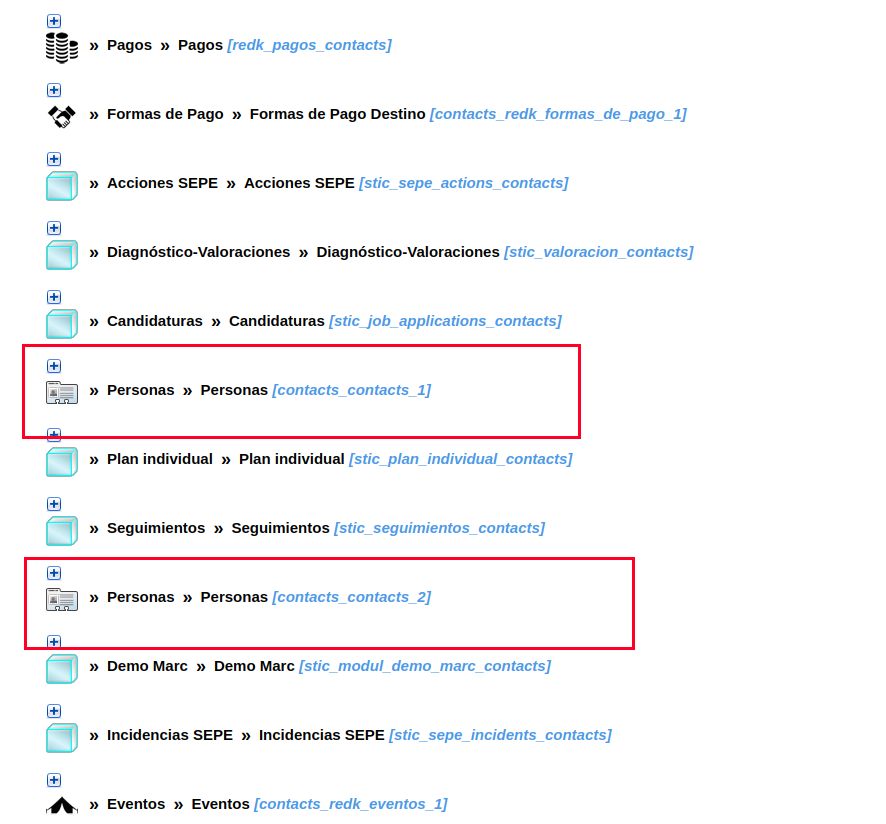 Then, if we go to the "relate" section, the "one" end of the relationship doesn't appear: 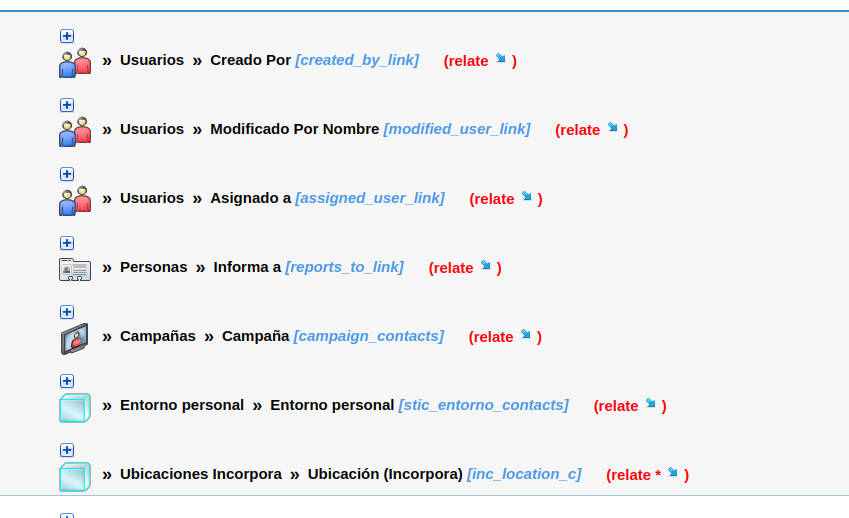 AND if we try to call it directly from the template relationship@@.... still doesn't work.

However, trying the native relationship "reports_to" that exists in SuiteCRM-SugarCRM between Contacts-Contacts appears in both ends.

Looking for the differences of the "reports_to" relationship and the custom relationship that we made, we saw that this can be solved adding a definition in the vardef. For example: 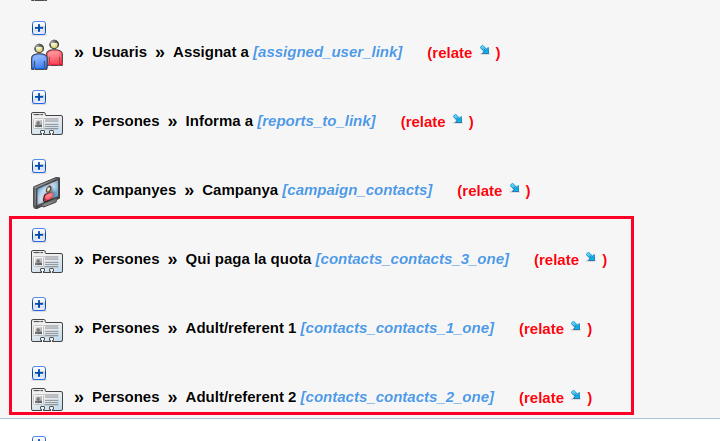 We think that there might be a conflict within the name of the relationship fields for each of the ends.

The solution stated above could work as a temporary patch, but it requires a code-intervention from a developer. Do you think another permanent solution can be found to solve this?

This case is public. Please leave out any sensitive information such as URLs, passwords, etc.

Are you sure you want to delete this case?

Other add-ons of interest

Dynamic Reports and Interactive Charts.
Powerful tool for SuiteCRM report creation and data analytics. Includes a variety of chart types, detailed, summary and pivot tables. This Reporting Tool is for anyone, no need for technical knowledge or SQL. Comes with over a hundred prebuilt reports.